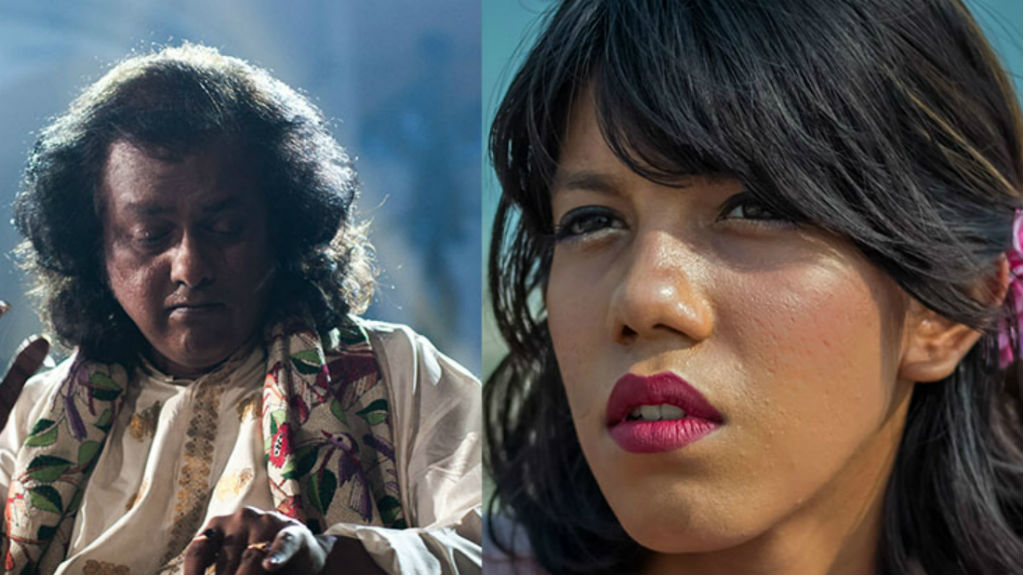 We present the pioneer of Hindustani slide guitar Debashish Bhattacharya and Songlines Award nominee Anandi Bhattacharya on a major UK and European tour this summer (2019).

“It is a real honour to be presenting Pandit Debashish Bhattacharya, a true talent. The artist who invented the Trinity of Guitars and created the genre of Hindustani Slide Guitar will be performing his authentic musical style live at venues around the country, accompanied by two very exciting artists, Tanmoy Bose and Anandi Bhattacharya.”

Hailed as “one of the greatest guitarists walking the earth” (NYC Radio Live), Debashish Bhattacharya is a unique talent and a pioneer of Hindustani slide guitar. His inventive fusion of classical Indian ragas and bluesy western music has captivated the world over the past four decades.

Combining extreme virtuosity with graceful artistry, Debashish has received two Grammy nominations (2002, 2009), a BBC Award (2007) and Songlines Album of the Year 2016 for Slide Guitar Ragas from Dusk Till Dawn.

Anandi Bhattacharya released her debut album Joys Abound in 2018 to widespread critical acclaim. A contemporary exploration of her musical roots, its accomplishment and inventiveness has impressed everyone who’s heard it.

The Guardian described it as a “refreshing debut” with 4-stars. Songlines selected it as one of their top albums of 2018 and recently nominated Anandi for a Songlines Award 2019, saying that Anandi has “an impressively rich timbre and rounded tone way beyond her years”.

Watch Anandi’s video for In Between Us:

The tour provides audiences with the opportunity to experience and explore Indian music by three artists who are all at exciting stages in their careers.

Visit our tour page to view all tour dates and find ticket links.