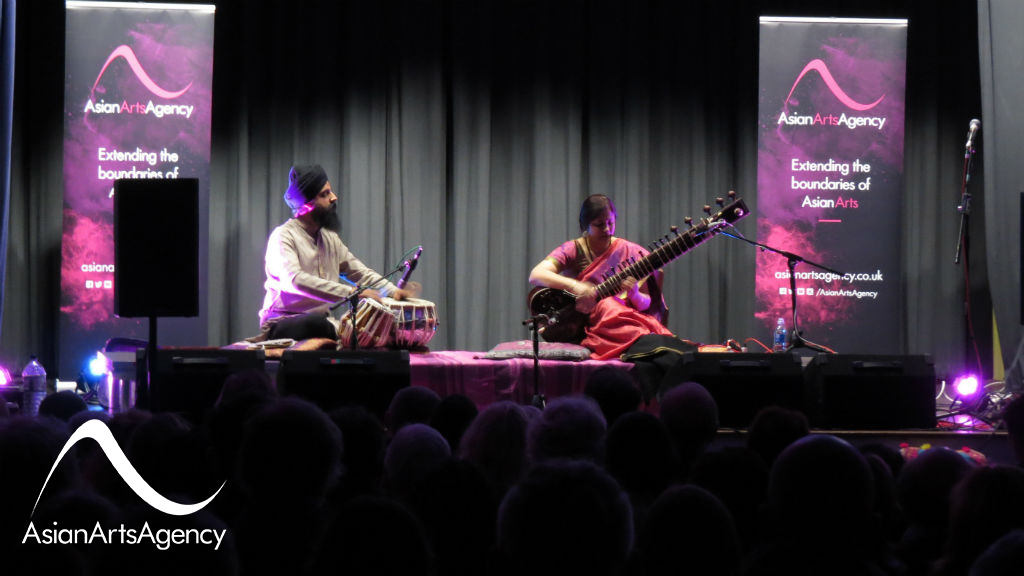 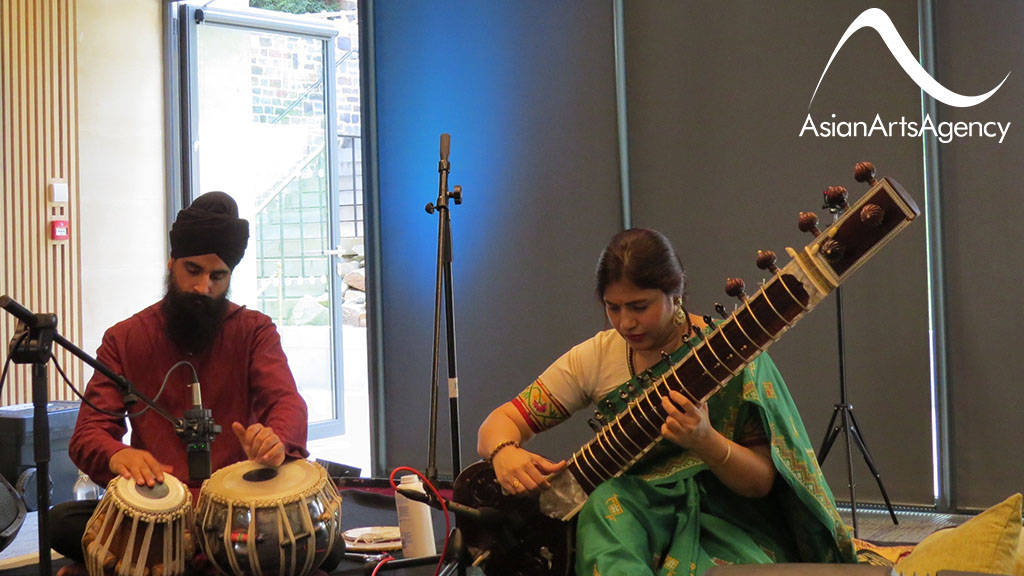 At St George’s Bristol, Anupama and Gurdain led a Q & A session to an eager and fascinated audience who were delighted to learn more about the traditional art form. Besides this, audience members had the opportunity to talk with the artistes after the concert. CD’s were available and were personally signed by the artistes.

The concerts were a success. They were enjoyed by captivated audience members, both new to and well versed in Indian classical music.

“Great way to spend a Sunday afternoon. In actuality all three of us really enjoyed it. More world CLASSICAL music please!…”

“We both really enjoyed the event. It was really high-quality performance and I learnt something new about the instruments and style of music…”

“Wonderful, thrilling, worth the journey from Cardiff.”

Emma Champion wrote in her blog:

I was utterly transported and moved to another plain and place by what I heard, it was magnificent. Time utterly melted and I felt a deep sense of calm and peacefulness

“…they played hypnotic Raga’s that acted as conversation between the two instruments, building in speed and different textures building in melodies. “

“Great to have world-class performers like Anupama outside of London and other major cities.”

“The interaction between the musicians was fantastic. They were both wonderful exponents who transported you. Wonderful to be in the presence of masters.”

” How the two musicians blend together into the most beautiful harmonies – absolutely incredible.”

“The performance was amazing and I’m grateful for the chance to see the artists play.”

The concerts were a special treat for Indian classical music lovers indeed!

See photographs from the concerts

Check out our upcoming artistes and dates here!

This year is the 25th Birthday of The National Lottery. We’re excited to be a…

In October we produced 3 concerts with Debashish Bhattacharya and his trio at Arnolfini Bristol,…