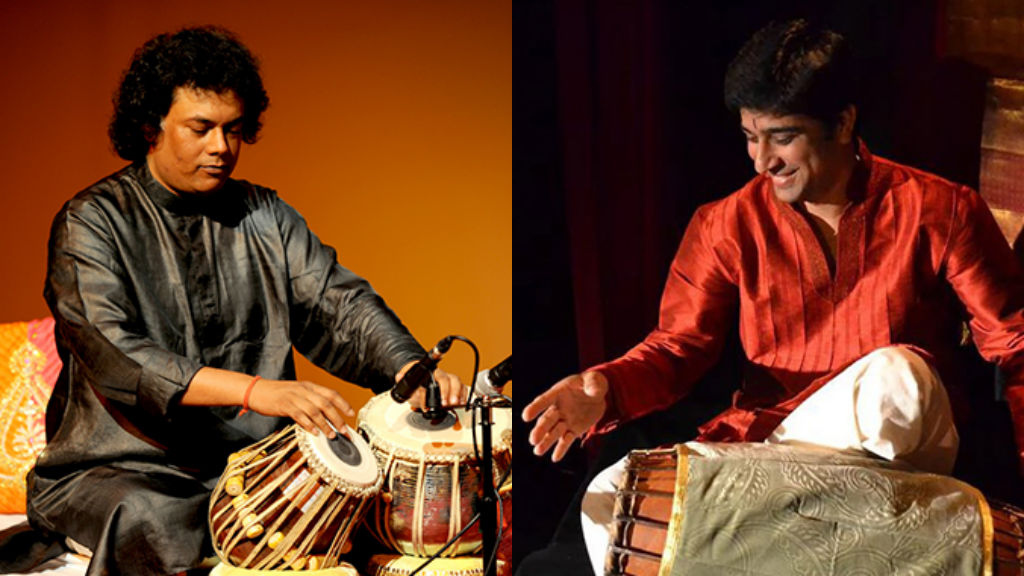 We are looking forward to Rhythm Utsav 2019, Bristol’s Indian classical music and dance celebration. Let’s take a closer look at this years exciting headline performance Rhythm Yatra and the artiste line up!

The word Yatra means journey. The  vision Rhythm Yatra holds is to present a unique sound harnessing the power of percussion. An exciting journey indeed!

The ensemble of Rhythm Yatra this year will include Prathap Ramachandra, Kousic Sen and Mervin Mahendran. Read on to know more about the artistes.

Rhythm Yatra is led by internationally acclaimed South Indian percussionist, Prathap Ramachandra. Prathap was born and raised in Bangalore, India. However, the artiste has resided in London for the past 12 years.

Deeply rooted in Carnatic music, Prathap has performed around the world at the biggest festivals and stages. He specialises in Mridangam, Ghatam, Khanjira and Konnakol.

Kousic Sen is one of the foremost tabla players of his generation. He was born into a musical family and represents the Banaras gharana tradition.

Kousic has accompanied many notable musicians and dancers around the world. He  has toured extensively participating in  major festivals globally. Kousic’s collaborations include musicians from Spain, Cuba, Indonesia and Persia.

Mervin Mahendran is a disciple of Shri Kandiah Anandanadesan. He was Initiated into playing the mridangam at age 9. However, Mervin also plays a range of Eastern and Western instruments including the morsing, an instrument similar to a jaw harp.

Mervin has played mridangam and morsing with renowned artists such as  Shri Neyveli  Santhanagopalan and Shri Sandeep Narayan.

Bristol’s Senior Artists and Art Schools will include:

Organised by community organisation Rhythm India and supported by Asian Arts Agency, Rhythm Utsav is open to all.