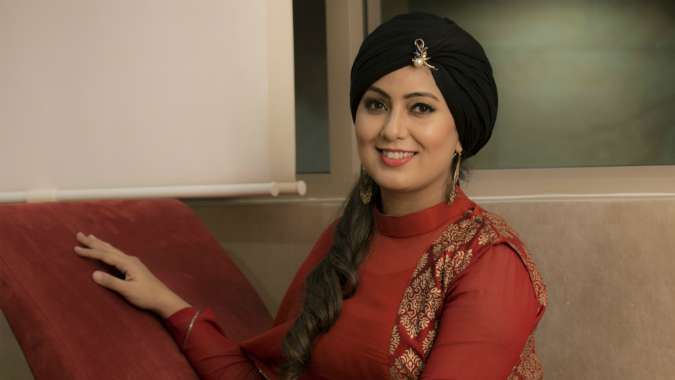 This month we are presenting the talented singer Harshdeep Kaur in two UK concerts. On the 27th March, Harshdeep will perform at the Barbican London and on the 28th March at Birmingham Town hall.

Head to our Harshdeep Kaur concert page for tickets.

Born in India, Harshdeep has become an international sensation. Her vocals grace a number of Bollywood super hits and soulful Sufi tracks. Here, Aashi Gahlot from Asian Arts Agency, explores some fun facts about Harshdeep Kaur. Get to know the star’s journey!

Harshdeep Kaur’s father owns a factory of musical instruments in Delhi. In fact, it was her father who first spotted the musical talent in his daughter.

Around the age of 5, Harshdeep’s father overheard her singing a song from Hindi film King Uncle. He was taken aback by her singing and instantly recognised her talent. It was from that point onwards that Harshdeep began her musical training.

Initially, Harshdeep was trained in Indian classical music by Shri Tejpal Singh ji. Then at the age of 12 she joined the Delhi School of Music where she learnt to play the piano.

Harshdeep knew from childhood that she wanted to be a playback singer. Her “first job” was a song from the 2003 Bollywood film Aapko Pehle Bhi Kahin Dekha Hai.

Harshdeep’s mentor in the reality show Junoon – Kuch kar Dikhaane Ka was the award winning Rahat fateh Ali Khan, a popular singer in the Bollywood, Qawwali and Pakistani film world. When Harshdeep won the title of Sufi Ki Sultana (Queen of Sufi) at Junoon, she was awarded this title by none other than the Big B, Amitabh Bachchan, an iconic legend of Hindi cinema.

In 2017, Harshdeep was the first Indian singer to headline the Manchester International Festival.

Harshdeep has headlined a number of prestigious concerts with prominent artists including multi award winning A R Rahman. One of the concerts with A R Rahman included the 2010 Journey Home World Tour across USA, Canada, UK, South Africa and Singapore.

In the video below, Harshdeep Kaur performs a Bollywood classic, Chaiyya Chaiyya, with A R Rahman on stage.