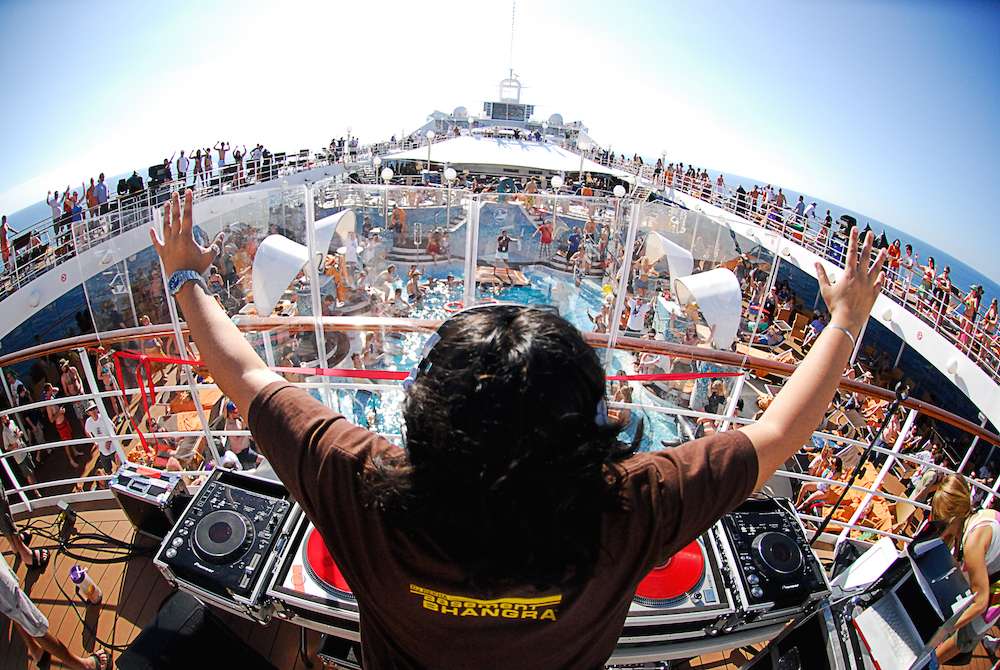 British-born Brooklyn-based DJ Rekha was born in London in 1971 to Indian parents, and spent several years in India as young child before her family moved to New York City. While studying at Queens College she started promoting parties and spinning records, and in 1997 she started DJing at her monthly music night Basement Bhangra.

After almost two decades since its founding, Basement Bhangra in NYC still going strong and has become an international phenomenon. Heralded by the The New York Times as the ‘Ambassador of Bhangra’ and by Newsweek as one of the most influential South Asians in the US, Rekha is more than just a DJ. She has curated shows in New York for Central Park Summerstage and Celebrate Brooklyn, lectured at New York University, and arranged music for an award-winning Broadway show. Despite her success, she tries to keep her music nights as accessible as possible by keeping her entry prices low and offering discounts to early birds.

If you want to liven up your weekend and be a part of this unique experience, there two chances to catch Rekha in the UK this December, in Bristol and London. She’ll be accompanied by The Dhol Foundation (famous in the UK – and Hollywood – for their cacophonies of sound) and BBC Radio’s DJ Bobby Friction!