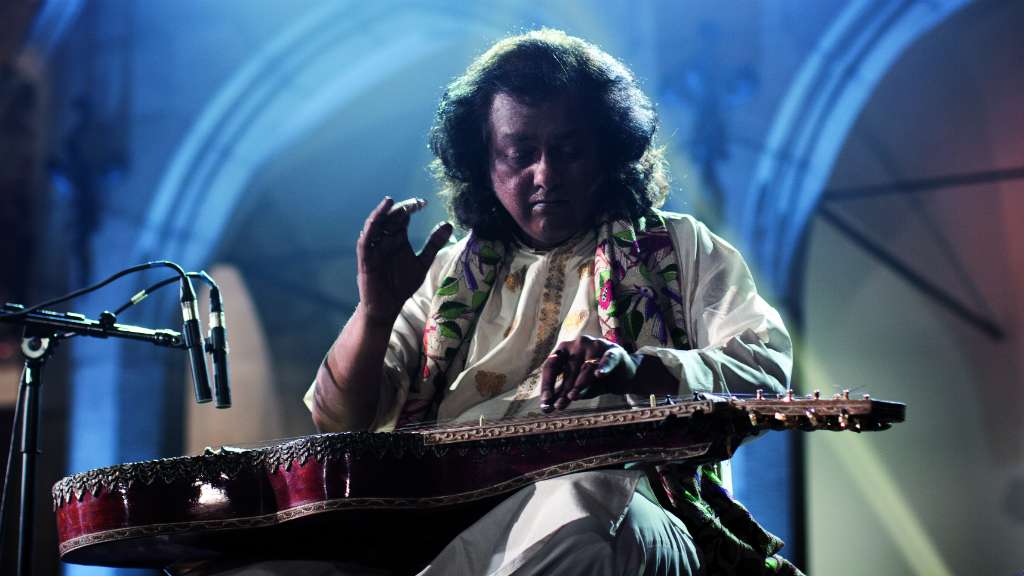 Debashish Bhattacharya is a prodigy who has helped Indian classical music evolve. Born into a family of musicians, Debashish was given fertile soil to explore his question of why he could not play traditional ragas on the guitar… He found a way.

1. Debashish was only three years old when he began strumming on a Hawaiian lap steel guitar. The guitar had been a gift to his father, a traditional Indian vocalist.

3. Debashish invented the Trinity of Guitars. These consist of the Chaturangi, Gandharvi and Anandi. The guitars are played whilst sitting crosslegged. The guitar is held on the lap and played with a small steel bar, metal picks and a celluloid thumb pick. 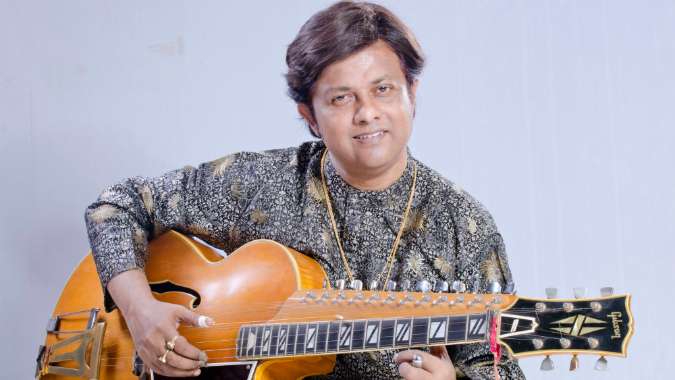 4. Some of the world renowned musicians Debashish has played with are Ustad Zakir Hussain, John McLaughlin, Jerry Douglas and Derek Trucks.

5. Debashish Bhattacharya was nominated for a 2009 Grammy Award in category of Best Traditional World Music Album for his album Calcutta Chronicles.

6. Debashish performed for the legendary Ravi Shankar in India.

THE INFLUENCE OF TAU MOE

7. Papa Tau Moe introduced the Hawaiian lap steel guitar to India in the late 1920’s. The Tau Moe Hawaiian band EMMI lived in Kolkatta from 1941 – 1947 and they made many records with HMV and EMI.

“Papa Tau was in his nineties. Even after being away from India for almost sixty years, spoke beautiful Bengali … He shared with us many stories of his amazing life and gave me his blessing. As long as I live that meeting will remain one of the highlights of my life.”

10. Debashish paid tribute to Tau Moe through the album “Hawaii to Calcutta” in 2017.

Don’t miss the this incredible performer when he performs an exclusive concert in Bristol this month at St George’s Bristol. Visit our concert page for more information and tickets.