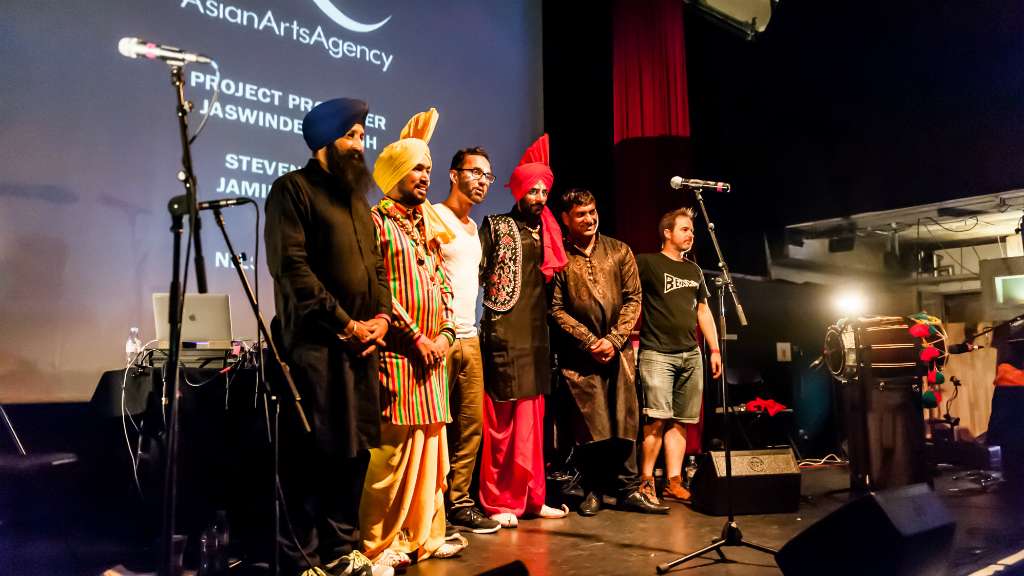 Our new project PunjabTronix completed a successful debut tour around the UK to 7 venues in July 2017.

We have been overwhelmed by the wonderful feedback and audience reactions we have received so far for this new project by audiences around the country.

The collaboration between the electronic music of DJ Swami, the musicianship of the Punjabi folk musicians and the evocative imagery and live visuals of John Minton, combined to produce an incredibly powerful show. 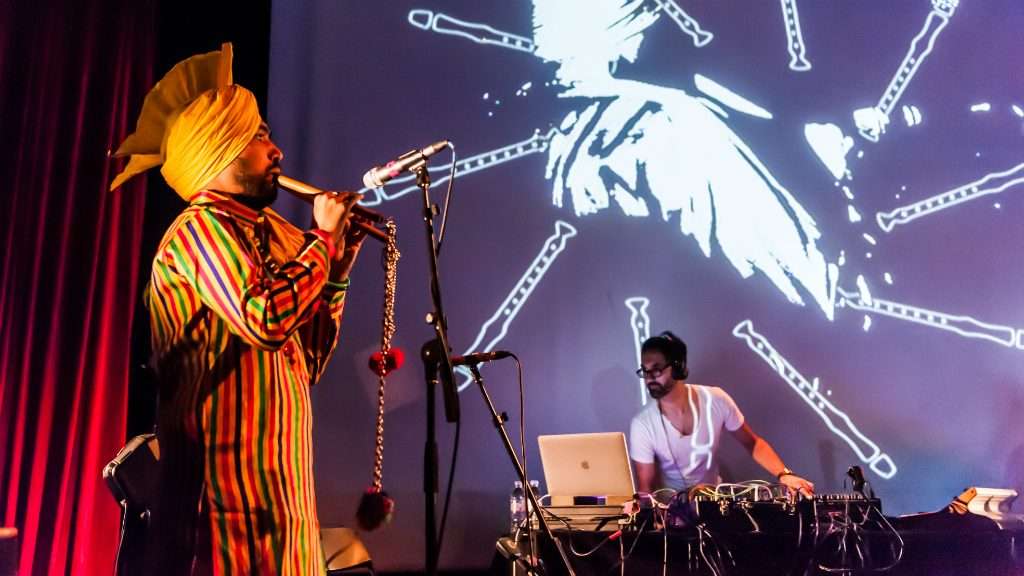 Some of the audience responses received so far:

“One of the best gigs I’ve ever been to! Thank you guys so much!”

“I honestly believe this is going to be the next big thing! Electronica and folk…taste makers!”

“Thank you all so much. That was amazing! Still buzzing from all that dancing!”

“I would like to say that it (PunjabTronix) was such a memorable experience. I loved it from the beginning to the end. I have never danced so much before (I was the crazy girl dancing at the front of the stage)  – enjoyed the Dhol played by Naresh the most and the mixes by DJ Swami were amazing. Everyone is so talented and it was like taking a trip back to India making me miss my home country more! It was absolutely amazing and hope you guys come back soon because I wouldn’t miss it.  Thank you again for this awesome memorable performance. Had the time of my life!!!” 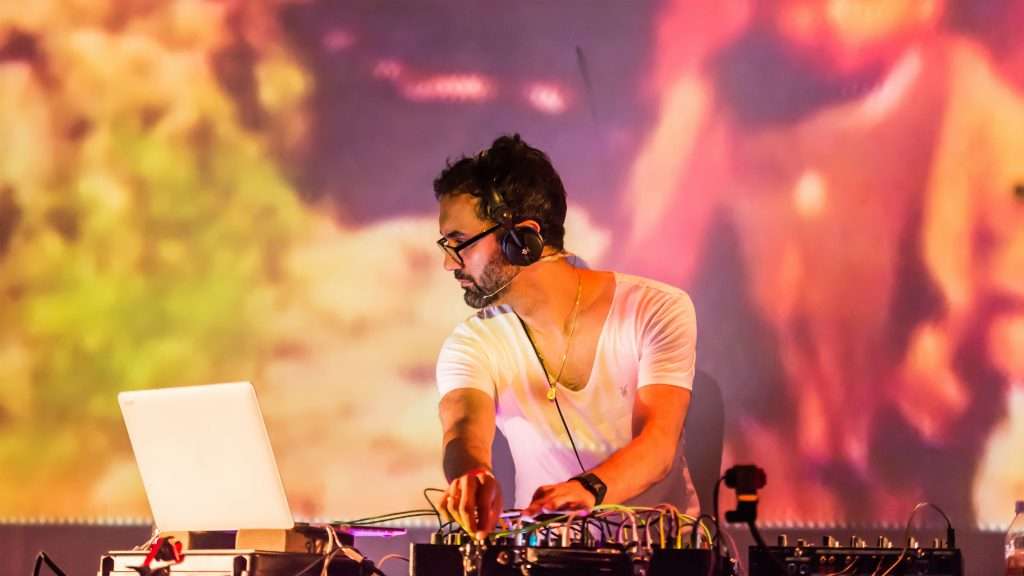 To see more photos from PunjabTronix at Rich Mix, London, check out the photo album on our Facebook page.

The tour was commissioned and produced by Asian Arts Agency to respond to Reimagine India, a cultural exchange programme designed to develop creative collaborations between artists from England and India, supported by Arts Council England and British Council. Following two intensive residencies in India and a further week residency in Bristol, PunjabTronix embarked on its premier tour.

India tour – the next phase of PunjabTronix

The next phase for PunjabTronix will be a tour to India in early 2018. Make sure you are signed up to our email list and social channels (Facebook | Twitter) to receive news as it’s announced.