This concert has now premiered. Please stay tuned for news on upcoming concerts.

Join us for the premiere of our Carnatic concert performed by Bristol based veena player Durga Ramakrishnan who will be accompanied by RN Prakash (mridangam) and Prathap Ramachandra (ghatam). 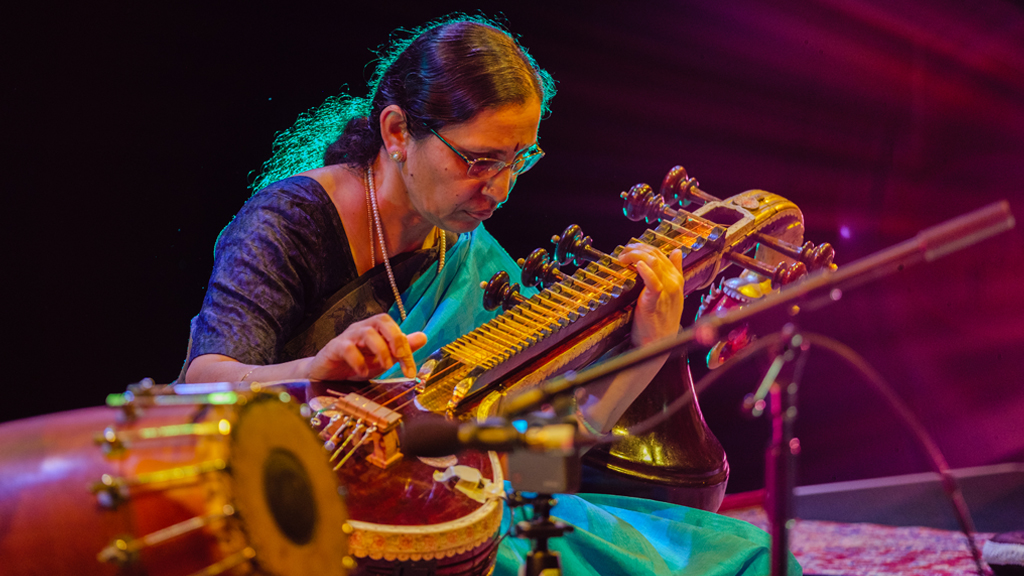 Lead artist Durga Ramakrishnan  is based in Bristol and has been performing since the age of ten. Durga was an artist on All India Radio, Chennai Doordarshan (TV) and has performed at venues and festivals including St George’s Bristol and The Bath Music Festival.  R N Prakash and Prathap Ramachandra are leading percussionists in Carnatic music who have performed internationally. 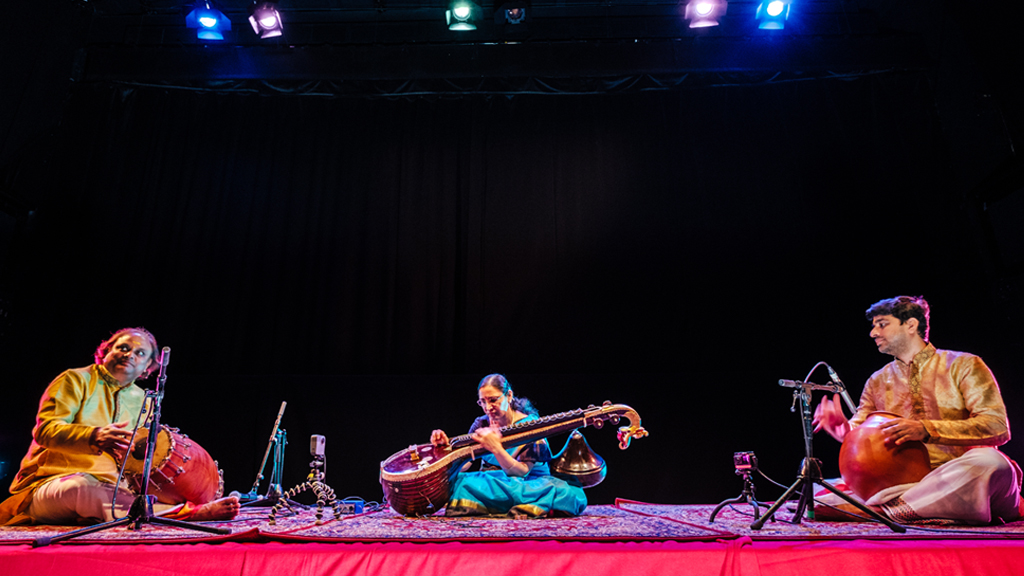 The veena is an ancient Indian string instrument dating back to the first millennium BC. The veena would traditionally be played at temples to accompany the chanting of hymns. The mridangam is a South Indian classical drum used particularly in South Indian music and dance. The ghatam originates from South India and this unique clay pot is played using the fingers and breath.

This digital concert will premiere on Friday the 20th of August, 8pm. It will be available online for 5 days.

To make this musical experience accessible for everyone this concert is available on a pay what you can basis.

This concert is the first of a series. We shall be making further announcements on more upcoming digital concerts soon.