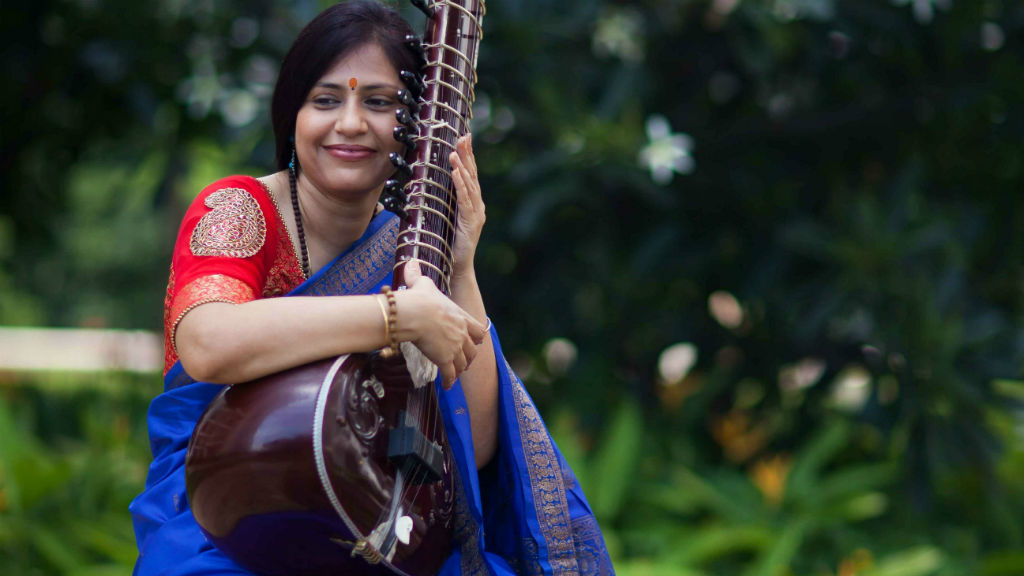 Our artiste introduction presents Anupama Bhagwat, one of the finest sitar players from India, and the excellent UK-based tabla player Gurdain Rayatt who will provide accompaniment during our two upcoming concerts in Bristol and Glastonbury. 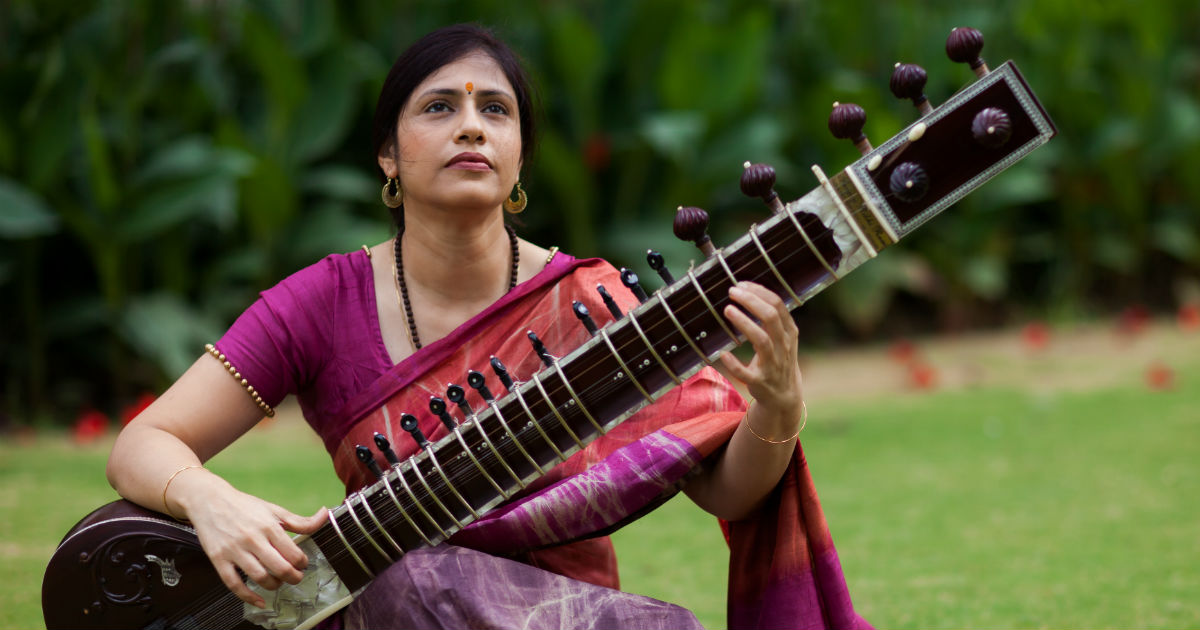 Born in Bhilai city in India, Anupama was five years old when she first began her musical exploration.  Her instrument initially was the violin coupled with Hindustani vocal training. However, at the age of nine Anupama was gifted her uncle’s sitar and she began to learn under Shri R. N. Verma.

Acharya is an honorific title meaning the enlightened teacher.

Anupama was asked by the Acharya –“Life will happen to you… but this is your commitment for life, until your last breath. Are you prepared for it?”

The 1994 All India Radio Music Competition saw her win first place, as well as a HRD Scholarship from the Government of India (1993-1996).  The prestigious title of Surmani (a musical jewel/sitar maestro) was bestowed upon her in 1995 by Sur Sringar Samsad, Mumbai’s leading cultural organisation.

And an asteroid discovered in 2006 was named in her honour! Anupama humbly shared in her TEDx Talk that she hadn’t been aware of this until a student had let her know. She expressed her gratitude to the Italian astronomer who felt inspired to name his asteroid discovery after her.

Anupama’s style of playing imbibes the essence of the Imdadkhani Gharana – the fast taans, the meditative alap and the brilliant fluency of melody (Raag Bhava). Her style of playing is in Gayaki style, a lyrical and subtly nuanced style modelled upon the human voice.

Anupama also reflects the importance of developing individuality in playing and her varied approach is a reflection of her eclectic guru. She had stated in an interview to The Tribune, Chandigarh:

“Gayaki ang is quintessential to Imdadkhani Gharana, so, it is naturally secured in our presentations. All ‘gharanas’ have their nuances that enrich the repertory of Indian classical music. I have been taught not to be rigid when it comes to music. The discipline of any gharana only shows the way and does not prevent the artiste from adopting an individual style.”

Gurdain Rayatt is one of the UK’s most exciting tabla players. Hailing from three different major tabla lineages including Benares, Punjab and Farukhabad, Gurdain has been trained both in the UK and India, and has been taught by iconic teachers including Pandit Swapan Chaudhuri, Ustad Zakir Hussain, Pandit Kumar Bose and Pandit Anindo Chatterjee.

The leading tabla player has frequently performed on BBC Radio, Sky Arts and at venues including London’s Southbank Centre, Leeds International Music Festival, Songlines Encounters Festival, Latitude Festival, WOMAD Festival and Westminster Abbey. Gurdain has also had the honour to perform for HRH Prince of Wales at the Royal Albert Hall and the V&A Museum.